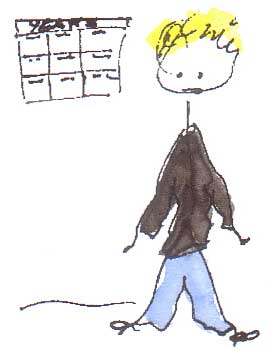 I usually begin thinking about a column a few weeks before I sit down to write it, but the month of January flew by so quickly and the approach of the deadline for this month threw me into a panic.

How could I possibly attend to the client work on my calendar, prepare for a strategic planning summit a week from now, and write a newsletter?

The more I stared at the calendar, trying to find open space, the more inaccessible a topic seemed. I not only couldn’t think of anything to write about—I also couldn’t remember anything I’d written in the eight years I’ve been producing this newsletter!

Samuel Johnson, a consummate worrier himself, said back in the 18th century, “Worry is the disease of the imagination.”

I figured I could do something about the latter, so I went to my website to look through the archives, and I happened on a column I wrote in July of 2009. It was just what I needed!

Here’s a part of what I read:

Since there is so much anxiety these days (still true), I decided to take a closer look at it by reading Edward Hallowell’s book, Worry.

According to Hallowell, worry actually has a valuable purpose. It’s there to alert us to danger and prompt us to take protective action. Unfortunately, being human, we have a tendency to let our imagination run away with us and create perceptions of danger that are not real.

Which is why Samuel Johnson, a consummate worrier himself, said back in the 18th century, “Worry is the disease of the imagination.”

By putting structure in place, you can be prepared for worry when it inevitably shows up. Worry is a constant traveling companion, but it must be kept in the passenger seat. You can’t let it get behind the wheel.

Those of us who are trying to find new models for employment security in the 21st century need to work at letting our imagination work for us, not against us. The imagination must be free to innovate, create and produce, for these are the essential building blocks of the new era of work.

After reading it, I decided to corral my runaway feelings using the sequence of steps that Hallowell calls EPR—evaluate, plan and remediate.

First, I evaluated what was on my calendar, and what was going on inside me and concluded that I did not have time to write a new column from scratch and trying to do so was not a reasonable expectation for me to put on myself. People talk all the time about dealing with others who place irrational demands on them, but less often about how they do do the same thing to themselves.

Then, I made a plan to deal with both the time crunch and my anxiety. Looking through my old columns to trigger ideas was the first step in that plan, even if I couldn’t have named it as such when I started out.

Finally, and most importantly, I took action—in Hallowell’s word, I took steps to remediate the situation. I wasn’t exactly sure what “remediate” meant, so I looked it up (thesaurus.com—another step in my plan) hoping a better understanding would help me get myself back on track.

It wasn’t there, but under related words, I found the word “mediate” which was very helpful in directing the choice I needed to make. I could find a middle ground between re-running an old column and writing a new one from scratch. I could intercede on my own behalf (what a concept) so I wouldn’t be over-stressed by the task at hand.

Here’s what I would do: 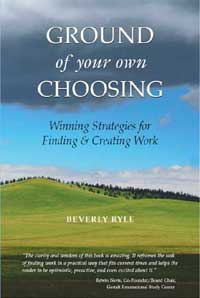