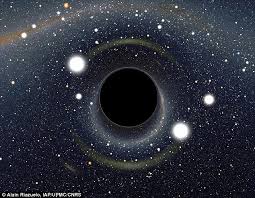 Long ago, I vowed never to write another column about resumes, but something a client said to me a few weeks after being laid off by the Fortune 200 company where she had worked for over fifteen years changed my mind.

For her to be able to speak with such clarity, even while recovering from the shock of being let go, was a cause for celebration. It was a huge step forward because in taking it she was rejecting the idea of another job in favor of work, as a consultant, free agent, business owner.

We use the term metaphorically to describe a place where things disappear without a trace—how many billions of resumes have disappeared into the job-search black hole of bureaucratic systems that swallow up individual initiative?

My client has a wealth of initiative. She worked her way up from an administrative role to a senior team position; mastered, on her own, complex processes and technology; uprooted and re-established herself to work on projects all over the world; and in-between, restored a Victorian home.

Her decision not to seek another corporate position feels like a huge leap. When she speaks of being a consultant or starting her own business, she talks about it as if she were describing entering another world.

Yet in a very real sense she has been functioning as a free agent all along—moving from project to project, quickly acculturating herself to new sets of players and places, using what she has learned from one assignment to add value to another.

There is a huge leap here but it has nothing to do with her ability to excel as an entrepreneur. It has to do with security.

Which leads me to politics, and how sick to my soul I am of hearing politicians in both camps talking about “creating jobs,” as if we still lived in the age of 9 to 5 manufacturing, as if people could count on being employed by any one company for more than a few years at most, as if free agents didn’t already outnumber those who work for corporations.

Why aren’t any of the candidates talking about ways to shift the focus of law and policy from the corporation to the individual, about how government can help create opportunities for self-employment, about workplace policies, especially around health insurance, which allow for mobility.

In 2001, Daniel Pink expressed these thoughts in his groundbreaking book, Free Agent Nation, and yet now, over ten years later, after a financial crisis that has exacerbated fundamental changes in the nature of work that are as transformational as the shift from agriculture to the industrial era starting in the early 1800s, we’re still hearing nothing but job-jabber from our presidential candidates.

The people who claim they can lead us into the future are living in the past.

My client doesn’t need a job to be created for her. But it would help affirm her decision to hear the voice of a leader who is courageous enough to define reality the way she has in making the decision not to waste her energy by pouring it down a black hole.